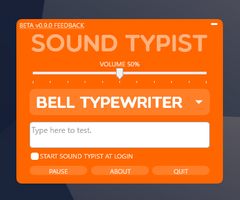 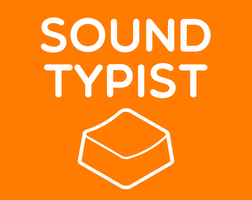 Sound typist is an app that runs in the background to add sound effects to your keyboard buttons for a more responsive and more enjoyable typing experience in any app you use. It can make your mushy laptop keyboard sound like the fiercest typewriter, or play melodic notes when pressed, or even applause as you type!

Note: When you run Sound Typist for the first time, Windows may ask for permissions to run the app. Before you click "Run", uncheck the "Always ask before opening the this file" to prevent the annoying dialog from appearing every time.

Thank you for testing out Sound Typist in this beta test period! I'd appreciate any test feedback or bug reports. Please use the Beta Test Feedback Form to submit feedback. If you have any questions or need help, feel free to post here or Tweet me at @andyman404 on Twitter.