A small platformer set on top of a short story, literally.

The theme is "Space". I wanted to do something with the space between words.

The story is a nonsense short story I randomly generated using Plot Generator. Any resemblance to real persons/places/things are purely coincidental.

Timelapse video of the development - 3 hours sped up into a 10 minute video:

Congrats for reaching the end! Sorry there's nothing. The real reward was the friends you made along the way. :)

Hahahahahaha! I made the game for the 1 Hour Game Jam (I took 3 hours though). Whaddya expect? I didn't expect anyone to make it to the end. Kudos to you!

Daniel Doop had always loved hilly hourland with its quaint queasy quarries. It was a place where he felt concerned.

He was a smelly, witty beer drinker with fragile arms and sloppy elbows. His friends saw him as a giant, greasy gamer. Once, he had even helped a harsh baby flamingo recover from a flying accident. That's the sort of man he was.

Daniel walked over to the window and reflected on his magical surroundings. The drizzle rained like drinking monkeys.

Then he saw something in the distance, or rather, someone. It was the figure of Laura Rabbit. Laura was a selfish volcano with vast arms and scrawny elbows.

Daniel gulped. He was not prepared for Laura.

As Daniel stepped outside and Laura stepped closer, he could see the grim glint in her eye.

Laura gazed with the affection of ten thousand gracious, fast flamingos. She said in hushed tones: "I love you and I want justice".

They looked at each other with cross feelings like two kooky, knotty kittens singing at a very smelly carol service which had r   b music playing in the background and two proud uncles running to the beat.

Then Laura came inside for a nice drink of beer.

This, understandably, took a while. 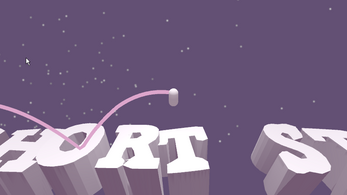