A downloadable nuclear T3TRIS of fun for Windows, macOS, and Linux

You are the ruthless overlord of the space station T3TRIS. Unwanted visitors flock to your territory because of the lovely view of the nebula. Keep this well-trafficked station from expanding outside the boundaries, by any means necessary! (Nuclear weapons welcome.)

Made in 72 hours for GameDevLeague May 2018 Jam and Dreamhack Austin Jam. The themes are "Remake a Classic Game" and "S P A C E" respectively. I interpreted this as zero gravity space T3tris. I added a gratuitous nuclear twist to make the game explode.

This variation of Tetris is SO COOL AND FUN!!
The controls feel a bit confusing but it's a great concept nevertheless!

That could be the most actionful version of "Tetris" I ever played. :D I liked how you allowed me to not just spin the bricks, but also the game board / the spaceship itself. That gave the whole jam entry a whole other gameplay depth. The visuals were colorful and nice as well, the explosion of the nuclear rocket was spectacular. :D A great little game, which I happily recommended in an article on our blog and also uploaded a gameplay video for. :) Good luck with the ratings in the GDL May Jam as well as in the Dreamhack Austin Jam, dear Andrew! 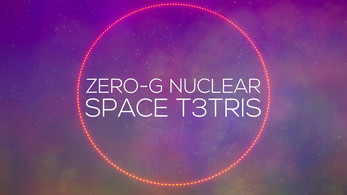 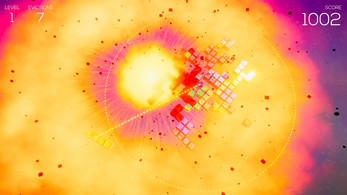 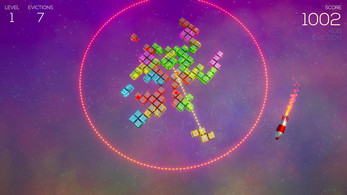 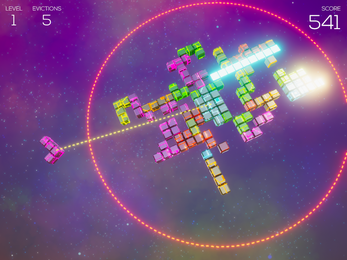 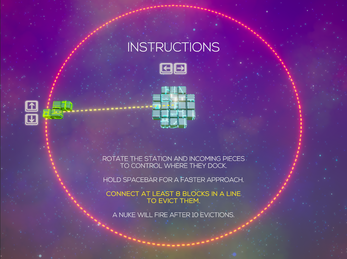 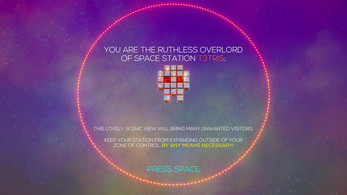 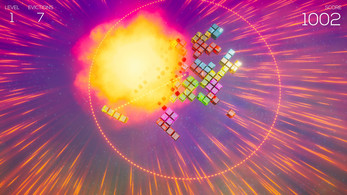